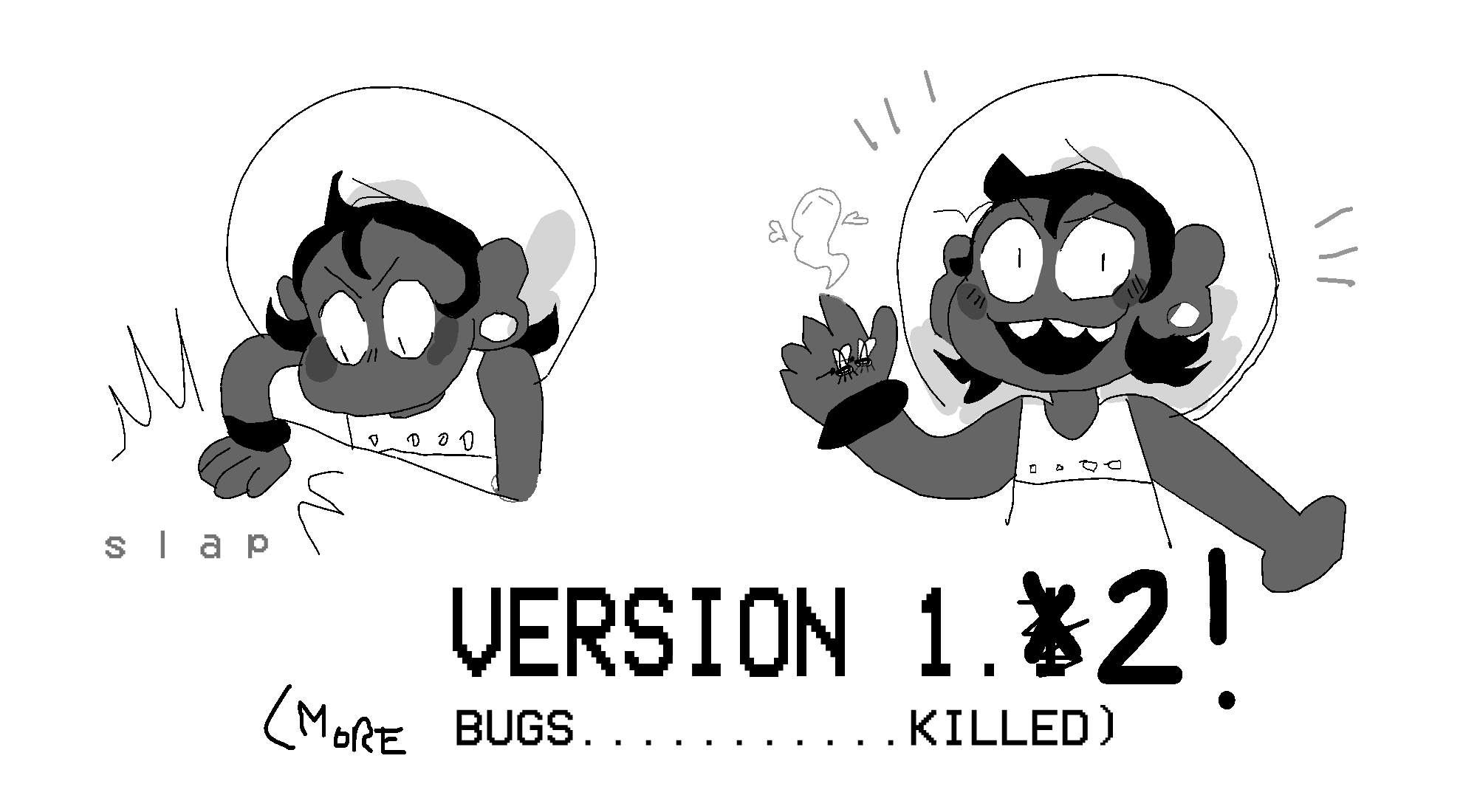 Fixes:
-Fixed bug in the second tear hallway, first row was interactable when you had the second star crest even though the first row was gone its complicated to explain but its FIXED now
-A few collision problems
-One portrait not disappearing when it should... now disappears (wow)
-Added two new memories (if you transfered your save: they won't appear retroactively!)
-Added an option to turn off the battle scroll. Might be useful if the game chugs for you... (had to remove the fullscreen option to make it work, but as always you can press F4 for that!)
-Updated credits
-Added One event. Something about pens?
-FIXED THREE WHOLE TYPOS

And the big one:
-Bug that went "Uncaught type error: cannot read property ‘width’ of null" at the end of the game SHOULD BE FIXED. Someone who had that bug didn't have it with this new version. If you had this problem before let me know if it's fixed as I can't seem to reproduce it on my own. But I think I did. I think. Plz tell me

-I also added a HOW TO TRANSFER SAVES section to the HOW TO file, but I'll add it back here for convenience's sake!

You'll most likely be able to keep your saves! Go into version 1's folder>www, and copy the whole "save" folder. Then paste that save folder in the new version's game folder>www! (So the same place!) Your saves should now be in the new version, and if you found the game breaking music bug it should fix that too! If it doesn't then you might have to load an even earlier save. This save transfer method works for PCs and should work for Macs as well!

If the game chugs or freezes for you (especially during battles):

Try turning off the battle scroll in the options!